Enabled Energy’s expertise was enlisted at a data center in Broken Arrow, OK to assess the existing cooling system and implement mechanical upgrades to the legacy equipment to capture energy savings, increase reliability and capacity, and to extend equipment life at the facility.

The facility’s heat rejection system was made up 12 rooftop units (RTUs) alongside 8 CRAC units paired with rooftop condensers. The CRAC units handled the IT load found in the main data hall, whereas the RTUs were responsible for keeping office space and terminal/switch rooms cooled.

The Enabled Energy team was charted to define a project scope to accommodate the client’s payback requirements and current load conditions at the facility while maintaining adequate cooling performance of the mechanical equipment.

The roughly 36 tons of IT load present in the main data hall was more efficiently cooled by replacing the existing fans with EC fans in all CRAC units, operating the fans at slower speeds, and recommissioning the air distribution. At the time of the initial audit, all CRAC units were on, yielding approximately two times the necessary amount resulting in using more energy than necessary to cool the space. Once retrofitted, CRAC unit EC fan speeds were commissioned based on static pressure setpoints in supply plenums. Downflow units ran at a 58% fan speed and the up-flow units ran at 51% fan speed. The relatively lighter load of the facility allowed for energy savings from all units to run at slower speeds while also maintaining operational redundancy.

This project reduced the energy demand by roughly 54kW and yield an estimated annual energy savings of 471,810 kWh. This equates to nearly $38,200 saved on annual energy expenses. A utility incentive of $37,277 was awarded from AEP Public Service of OK. The estimated project payback is 2.8 years and ROI is 35%. When isolating the portion of the facility where this project was implemented, the PUE decreased from an estimated annual average of 2.25 to 2.0 (11% improvement).

Enabled Energy, Inc. completed this project in October 2021. Rosenburg supplied the EC Fans for this project. Niagara-based controls were used for the AC units. 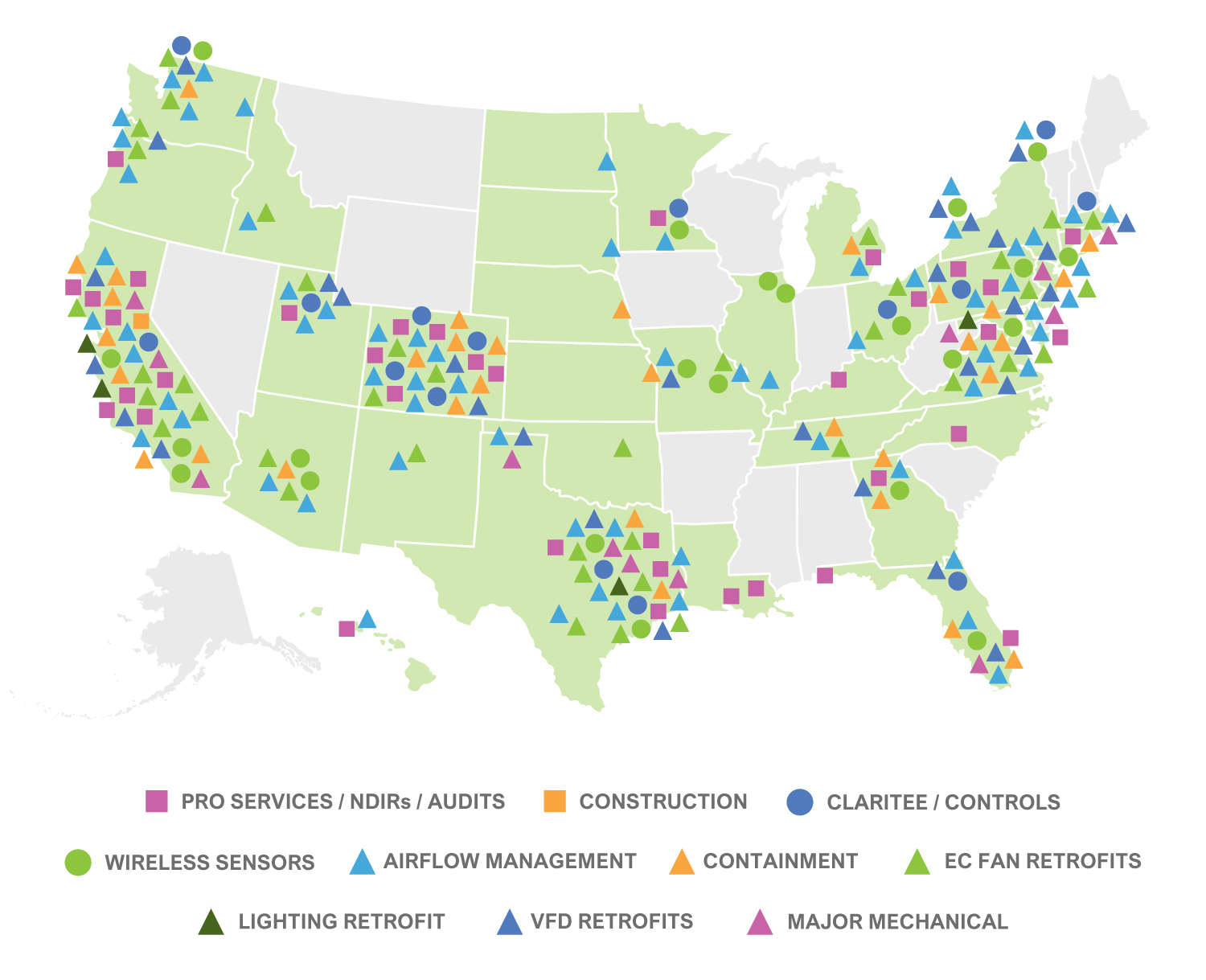 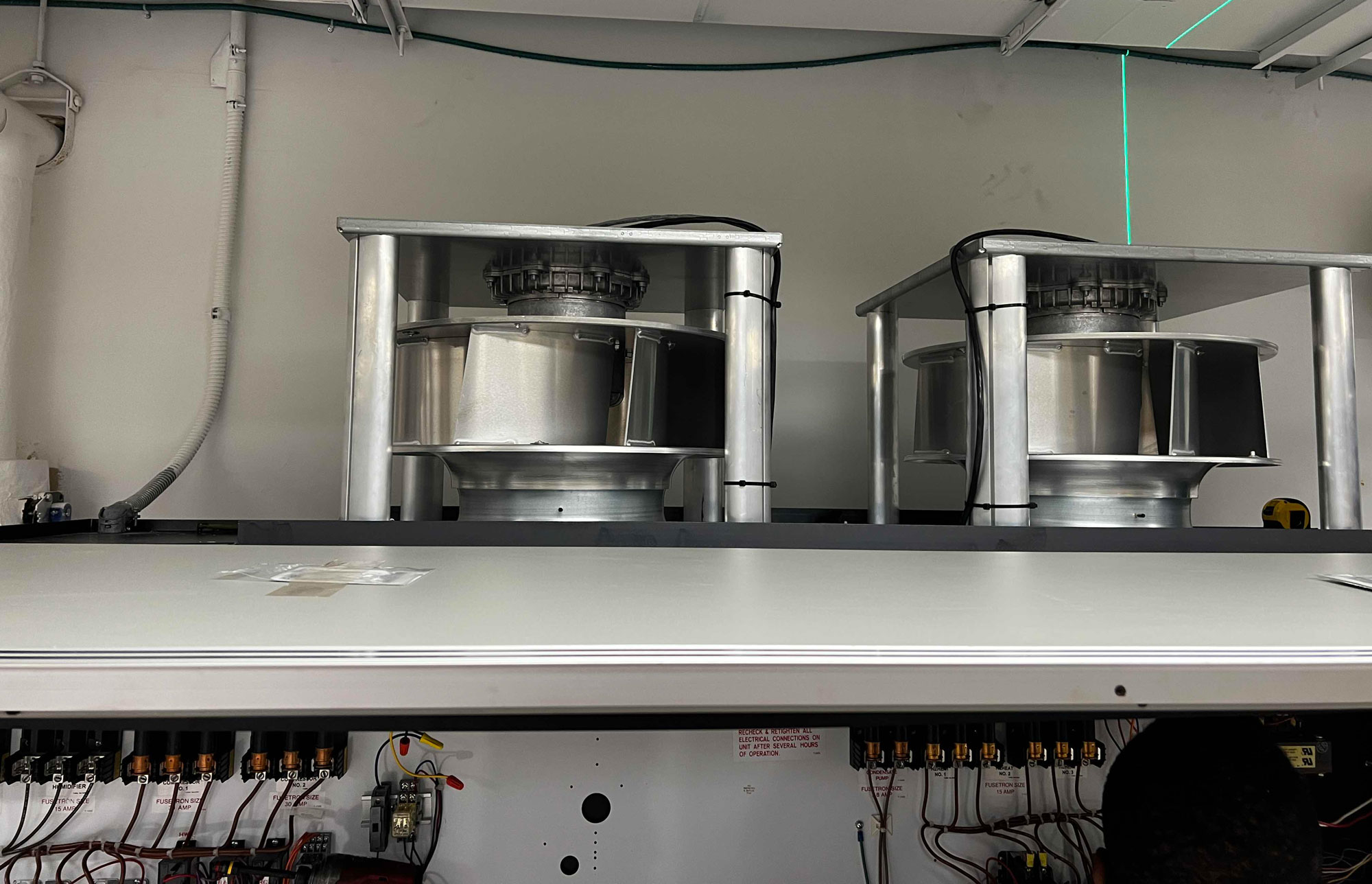 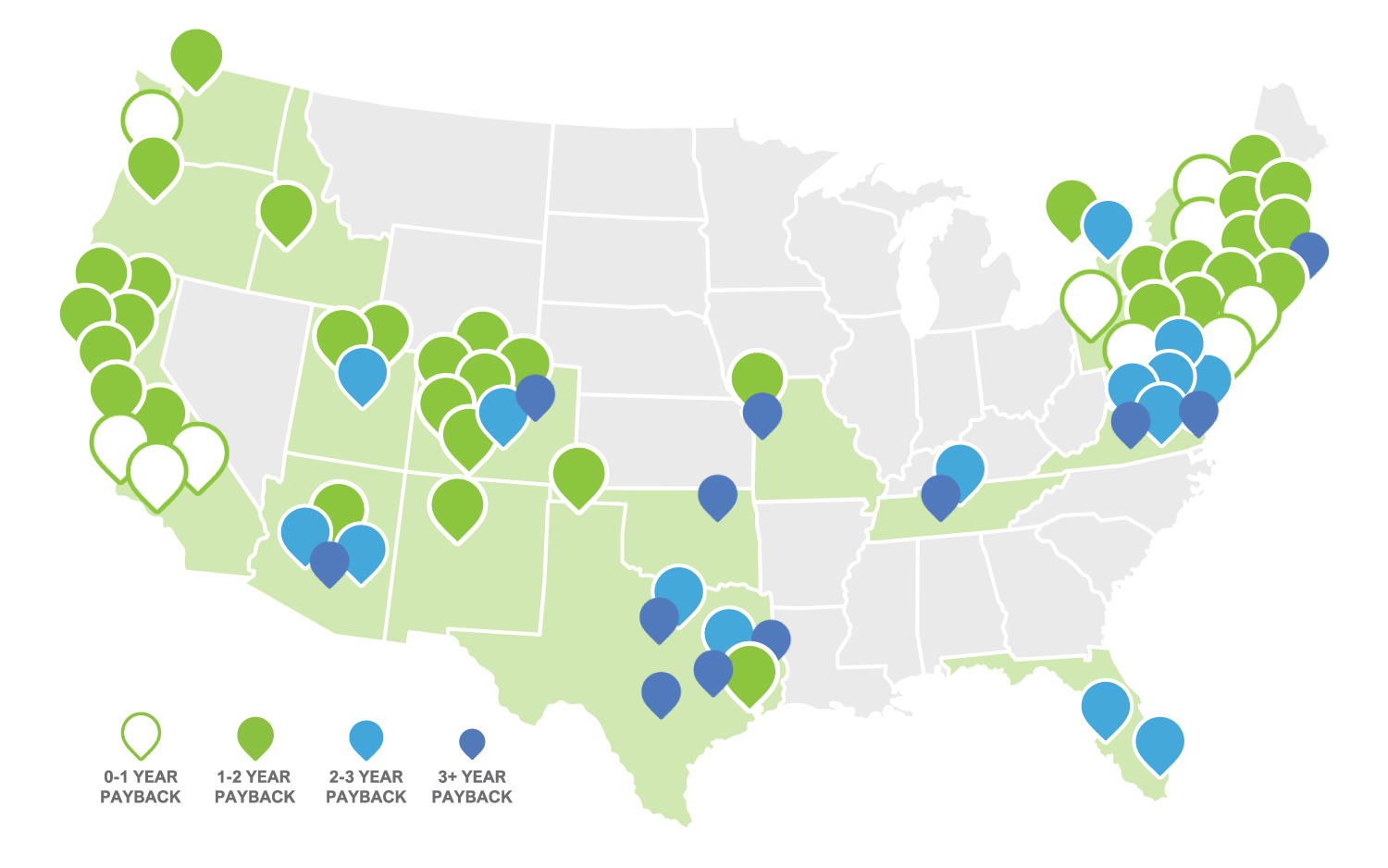 With our EE-Z Save™ Recommissioning Program, we help our customers rec …